Eurythmics There Must Be An Angel (Playing With My Heart) Download

Councillors have debated whether getting “very drunk in the town centre on a Saturday night” risks bringing the authority into disrepute.

Norfolk county councillors have called for more clarity from the Local Government Association (LGA) about the extent to which behaviour in elected members’ personal lives could “have an adverse impact on your council”.

The comments were made during a discussion at Norfolk County Council’s standards committee of a new draft code of conduct circulated by the LGA.

It came after a report published ahead of the Monday, July 27, meeting revealed councillors had called for the code to include a portion of the county’s council’s own code of conduct, which officers said was “considered to be an unhelpful and confusing part”.

The wording – “championing the needs of residents… and in a special way all my constituents” – was described as “very unclear.”

And officers also called for the code to better address members who “consume disproportionate officer time”, “harass junior officers” and “deal with casual sexism, including probing questions about child care and assuming the male officer present is the more senior”.

During the meeting, councillors discussed a draft item, which stated “as a councillor I commit to not bringing my role or council into disrepute” and specifically mentioned “dishonest or deceitful” behaviour.

Director of governance, Helen Edwards, said: “I don’t know whether that means if you get very drunk in the town centre on a Saturday night and are shown in pictures all over the newspapers, one would think that might bring the council into disrepute but it’s not dishonest or deceitful.”

Committee chairman Mark Kiddle-Morris added: “If I do go to the pub and have too much to drink then everybody in that pub will know I’m the local councillor – but I’m not acting as a councillor when I go to the pub?”

While vice-chaiman Anthony White said the section should be rewritten and added: “I definitely have a problem with it.”

George Nobbs asked about sanctions to remove members, and said: “We can huff and puff as much as you like but as long as someone is elected or four years you can’t remove them.”

But Mr Kiddle-Morris said legislative changes could alter this and the committee agreed to submit their feedback to the LGA. 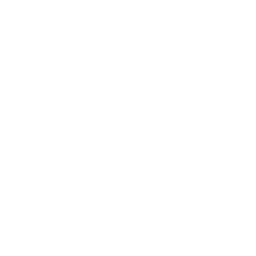